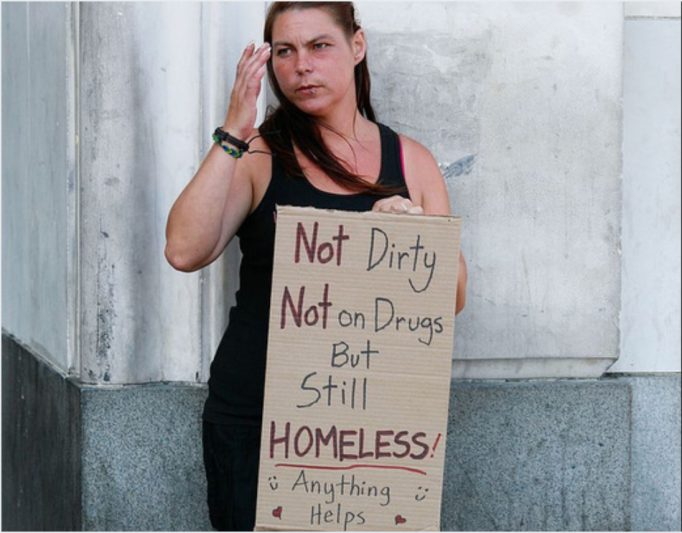 If the media reframed homelessness, could the readers who have been lucky enough not to have a personal connection to homelessness be more sympathetic?

If you have recently read an article, or watched a news broadcast about homelessness, chances are that you haven’t been shown real people, or heard their individual stories. Instead, you’ve read numbers and statistics, and perhaps seen generic images of people sleeping in tents on city streets. Have you come across the profile of an actual homeless person? Have you seen a homeless person quoted in one of these articles, their words shedding light on the range of hardships that come with struggling with the housing crisis.

In rare instances, some stories get published that bring more humanity to the issue, such as the Bureau of Investigative Journalism’s collaboration with the Guardian on the “Empty Doorway” series, but even within the Guardian this is an exception rather than a rule, as seen by this article from December 2019. This statistic narrative appears right across the newspaper spectrum, in the Daily Mail, BBC News and the Telegraph. 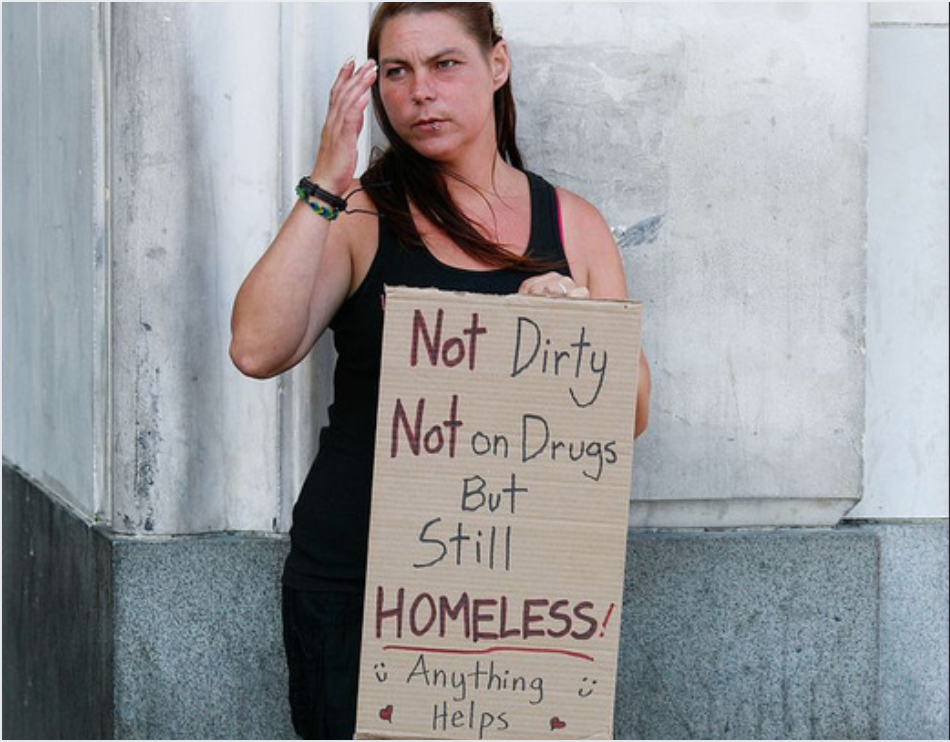 Without personal stories, it makes it that much easier to pass by someone on the street, it makes it easier to turn a blind eye to someone begging on the tube. Without them, reading that 1 in 200 British citizens are homeless remains just a statistic – one that we can’t relate to, as we are the 199.

Does the media have anything to do with the lack of empathy?

Instead of helping readers understand the cause of homelessness—and, more alarmingly, rising homelessness—many popular media outlets are sending a message that homeless people cannot speak for themselves, and falling back on imagery that reinforces stereotypes that obfuscate the truth. For example, many articles focus on “rough sleeping,” which creates an image of homelessness that is exclusively people sleeping on the streets. In reality, homelessness is much broader and manifests in a variety of different ways—including but not limited to young adults being shuttled between emergency hostels, expensive and unsustainable temporary accommodation and overcrowded shared housing.

How can we come up with meaningful solutions to such a crisis, if even its most basic manifestation is misunderstood?

Another frequent stereotype is that a homeless person is a man between the ages of 40-60 with a drugs or addiction problem, or a young person that has had a problem with their family or a woman trying to escape from an abusive partner. According to Centre for Homelessness Impact CEO Dr. Ligia Teixeira, this reinforces the idea that homelessness is an individual problem, rather a societal problem that is compounded by housing insecurity and rising prices. As a result, solutions to homelessness are conceived as ‘clean beds and hot meals’, rather than affordable housing or social welfare policies that could have lasting impacts.

While statistics are important, journalists should use statistics about housing costs, and availability of affordable housing to illustrate homelessness—not numbers of those sleeping on the streets taken out of context. What is more, as with any journalism, interviews are essential to understanding the human impact of stories, and why readers, listeners and viewers should care.

“Turning individuals into numbers means the public struggles to empathise,” wrote The Big Issue contributor Dionne Kennedy, in an article about the mistakes the media makes when reporting on homelessness. According to Kennedy, figures are pointless without these interviews that bring the numbers home.

“Personalities are forgotten and figures are ignored. Issues then become conflated, and statistics remain without impact, with stereotypes about homelessness recycled.”

As a result, those whose only interaction with the homeless population is through the media are likely to think that the people they see sleeping rough caused their own downfall, and are not worthy of dignity or empathy. In the “The Empty Doorway,” series, Guardian reporters Simon Hattenstone and Daniel Lavelle examined some of these attitudes, offering anecdotes such as one  a conversation about a vegetarian man who declines a ham and butter sandwich from a passer-by, saying “No thanks, I’m vegetarian.” The passer-by called him ungrateful— seemingly unable to understand him as a human being who might have values and principles even while being homeless.

If the media reframed homelessness, could the readers who have been lucky enough not to have a personal connection to homelessness be more sympathetic? Joe Smith from Crisis, another charity that addresses systemic problems leading to homelessness in the UK, has a few suggestions for journalists. One is to contextualise the reasons why people are homeless—this way readers can understand how and why this happens, and that it could just as easily happen to them or someone that they know. Another is to investigate the policies that force people out of their homes—such as rising housing prices, gentrification, low salaries and a broken social welfare system. Lastly, journalists have a duty to avoid othering language, which portrays homeless people as less than human in any way.

But the most powerful kind of journalism is the kind where homeless people are given a chance to tell their stories themselves, adding nuance and depth to a crisis that is frighteningly misunderstood. The Guardian profiles examined people ranging from Hungarian immigrant Gyula Remes, who struggled to afford rent while on a minimum wage job and after he was fired, not allowed to claim job seeker’s allowance despite being desperate to find work, to Jack Humm, a young man who hung himself in his YMCA-run shelter two years ago. Due to short staff numbers caused by social care government cuts, he was not adequately supervised during the last three weeks of life when he became increasingly depressed, heavy drinking and posting suicidal poems on his social media. His body was discovered by a staff member two days after his death, after other residents complained about smelly drains.

If the media did a better job of reporting the circumstances that lead to their homelessness—and death—would they still be alive today?