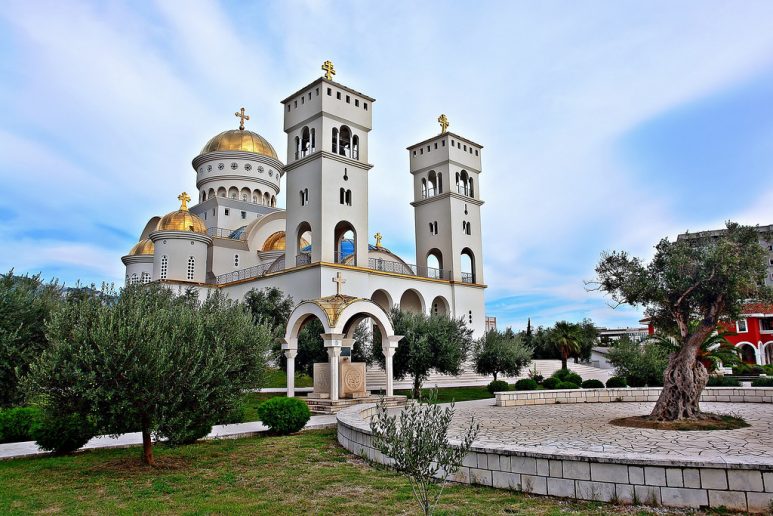 As Serbian journalist Borivoj Erdeljan mentioned in the recent debate about the Churches under Communism in former Yugoslavia, the first time in decades that the patriarchal Nativity Encyclical appeared in the oldest daily “Politika” was during the 1980s in the crime section. This is a colorful example of how media professionals were unprepared to cover religious communities in the years leading up to the former Yugoslav wars.

Shortly after the religious revival in the former Yugoslavian countries came the war. In that period, national and religious identities became inextricably interwoven. To this day, it actively influences the way that media treats Churches and religious communities, making an attack on religion synonymous with an attack on national identity. It also influences the way that Churches and religious communities respond to the media, creating a climate of distrust which impacts the accuracy of reporting on religious communities. One of the biggest problems is that many media outlets across the Balkan region are quick to pick up on scandals. According to the Centre for Media Professionalism and Literacy (CEPROM), there is a high level of hate speech and sensationalism in the Serbian media, while the number of violations of the Serbian Journalists’ Code of Ethics in last months of 2019 is the highest in ten years. The most recent example of this was just last month, when Serbian tabloids the Informer and Srpski Telegraf published the name of a minor, who had been raped on a sensationalist tabloid front page. 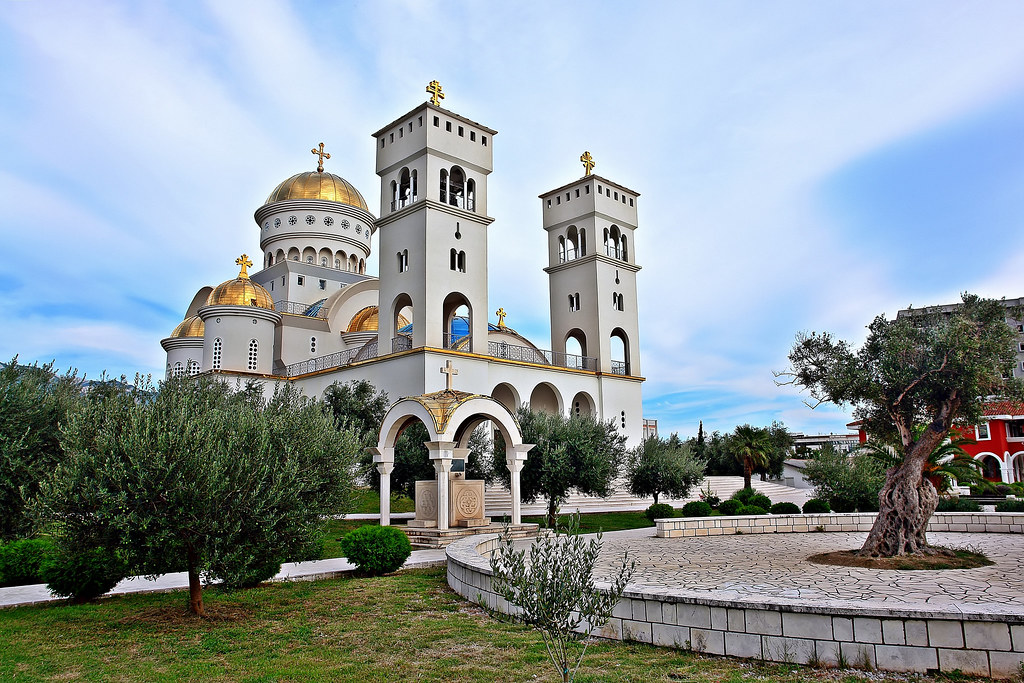 As as result, most of the Balkan media’s coverage of churches and religious communities focuses on nationalistic outbursts, child abuse scandals and corruption. While the media covers these topics extensively, it rarely examines the nuanced ethnic and religious diversity of the region, instead using religious scandals to drive groups apart rather than bring them together.

It has an enormous impact on how people from different religions understand—or do not understand—one another. Almost fifteen years ago, the Media Initiatives Association and Konrad Adenauer Foundation conducted a study on religion in the Balkan media, that concluded with the finding: “In the majority of media, religions are covered entirely separated, with more or less tolerance toward ‘the other’.” In many ways, this has remained the status quo up until today. Instead of accurately depicting a pluralistic society with different ethnicities and religions living side by side, the Balkan media covers religion-based stories in a vacuum, creating an illusion that they exist separate from one another. It is both a false representation of a diverse society, and a potential tinder box of ethno-religious tensions.

According to Stockholm School of Theology Professor Davor Džalto, the way most Balkan media reports on religious matters depends on the political agenda of the publication, knitting religious identities with political affiliation, and furthering its potential to be inflammatory content.

In an interview for Media Diversity Institute, Džalto says:

“Journalists and editors have a huge responsibility not only when it comes to the number and types of news they deliver, but also in how they frame the issue and what they choose to include, and ignore in their reporting.”

Another theme is that religion is presented as either the infallible guardian of national identity, or a backwards, conservative and nationalistic institution. The most prominent example of this is the Serbian Orthodox Church (SOC), which is either presented as a derogatory force that does not have right to participate (“interfere”) in the public sphere, or the epitome of what it means to be Serbian, with no meaningful criticism of its role and or actions in the present day. While the latter stance is much more present and clearly lacks basic journalist values, the former is undeniably offensive to religious communities. In both cases, the reporting is missing the real stories of the Serbian Orthodox Church, and mischaracterizing its followers.

This example reflects the polarization found throughout the former Yugoslavia. At this point, most representatives of religious communities consider even the most standard journalistic critique to be an attack, and are annoyed when journalists are not mouthpieces for their agendas. This makes journalism a difficult, and unpredictable job for many.

In October 2019, the SOC spokesman, bishop Irinej of Backa and Novi Sad was criticized in certain media outlets. Provoked, the Information Service of the Serbian Orthodox Church, led by the SOC spokesman, stated that dailies Danas and Blic had brutally attacked the Church, and the journalists had been bribed with thousands of euros. It also stated that the particular technique of media manipulation had been seen in the case of the Račak massacre that prompted NATO bombardment of Yugoslavia in 1999, implying that the reports about Račak was fabricated. It was not the first time that the Information Service of the SOC or the spokesman himself used this kind of inflammatory language to serve his interests in a showdown with the media.

Secular media’s coverage of religion can be equally disappointing. For the most part, churches and religious communities are still not treating their relationship with the media responsibly. Instead of using religious leaders and community members as spokespeople who can explain relevant information from the church to journalists who can then transmit the news to the public, their relationship with the press is either hostile or non-existent. In cases where they are connected, journalists are rarely educated enough in religious or theological practices enough to ask the right questions, or do meaningful reporting, making their coverage shallow at best, and resorting to stereotypes at worst.

As a result, the closed-nature of religious communities, the unprofessional practice of filling the vacuum with anonymous sources, and a media culture that prioritizes sensation over fact creates an atmosphere that manipulates almost everyone—journalists, and audiences alike.

Most dangerously, religious identity is often connected with national identity. As such, negative reporting on religious communities can be misconstrued as an attack on a neighboring country’s national identity, making any slip in religious reporting all the more damaging, and potentially inflammatory. However, while an entity such as the Catholic Church might be associated with Croatia, or the Orthodox Church with Serbia, religious figures—such as Pope Francis—are understood outside of these contexts. The silver lining of this is that in instances where other European media has been Islamophobic—such as in its reporting on the migrant crisis—most media has not emphasized migrants’ religious identity as a key factor in the story.

Many religious leaders representing religious minorities across the region claim that issues within their communities are underreported, or ignored. Franciscan priest Marko Oršolić from Bosnia and Herzegovina, pointed out in the interview for Weekly “Vreme”– when someone is minority, that person is most often interested in starting a dialogue. However, the majority rarely authentically strives for it, and sometimes criticizes minorities for benefiting from this dialogue.

As it stands, journalists and editors working in the Balkan media rarely seem interested in covering the complexities of religious communities. They do not explore theological questions and explanations in their reporting, or the religious perspectives on bio-ethical and other social issues that pepper the news. Without journalists covering these issues, the media is not able to accurately report on religious communities, failing in its role as a bridge to bring socially important issues to the public. It diminishes understanding between religious groups, in an already deeply divided society.

It has the potential to impact the future of war and peace in the region. Prominent Croatian journliast Drago Pilsel, who has explored the relation between churches and religious communities and the Coalition for RECOM (the Regional Commission Tasked with Establishing the Facts about All Victims of War Crimes and Other Serious Human Rights Violations Committed on the Territory of the Former Yugoslavia from 1 January 1991 to 31 December 2001), has an illustrative example:

“In so important issues as the narratives about the wars and mapping the victims are, the Coalition does not know how to communication with the religious communities,” he continues.

“Maybe they don’t want to because of the aggressive atheism and anti-religious sentiments in the Coalition. But it is making a lack of potential for peace among all actors, largely because of the media.”

Contrary to popular belief, Lorem Ipsum is not simply random text. It has roots in a piece of classical Latin literature from 45 BC, making it over 2000 years old. Richard McClintock, a Latin professor at Hampden-Sydney College in Virginia, looked up one of the more obscure Latin words, consectetur, from a Lorem Ipsum passage, and going through the cites of the word in classical literature, discovered the undoubtable source.